**This post contains affiliate links and I will be compensated if you make a purchase after clicking through my links. As an Amazon Associate I earn from qualifying purchases.

Opinions expressed are based on the Author’s own experience. 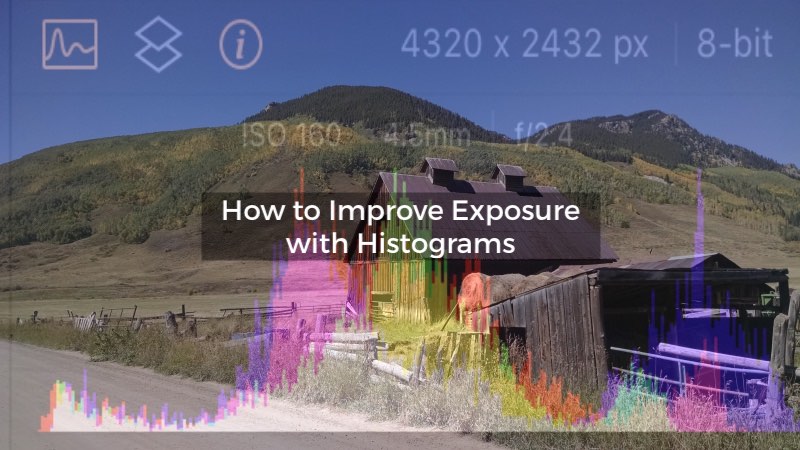 When out on a shoot you are always looking for the best possible outcome for your photographs and one of the things that you are probably wondering when you’ve taken it is if you got the exposure you were hoping for. Your first reaction is usually to take a look on your LCD screen, but I’m sure you came across some difficulties when shooting out in the sun. It can be extremely hard to see if you got the exposure you wanted because your photos usually look much brighter than they really are. That is why you should use histograms.

Before you start using it, you should probably learn a few things about what it is and how it works.
A histogram is a visual representation of the pixel brightness levels that are present in a photograph. Basically, it’s like a graph that lets you see how many bright and dark pixels your photo contains.
There are two primary types of histograms – the standard luminance histogram and RGB or Three Color Histograms.

The great thing about histogram is that you are able to see in an instant if your photo is exposed properly. When you learn how to use and read histogram you have a possibility to get an instant feedback of the exposure of your photo that is actually more precise than just looking at the screen of the camera.

So, as I said, the histogram gives you a graphical representation of the exposure when you’ve taken the photo. It actually shows you how evenly the photos are exposed in a very precise manner.

Since camera screens effects are mostly based on the conditions of ambient lighting, they aren’t that good at carrying this information forward. The good thing is that there is an option to view the histogram in every camera. Even though there are some compacts that do not depend on the viewfinder to compose a photo, they also show the histogram in real-time.

So that you can fully understand histograms, it is important to understand their purpose. Even though modern cameras mostly have great metric systems, it is still possible to ‘‘confuse’’ the camera’s internal light meter in some lighting conditions that can result in an incorrectly exposed image.

Let’s say your subject has a big bright area that makes a camera meter think it needs to reduce the amount of light that may result in an under-exposed image. Now, if you have a large dark area in the photo that can also confuse the camera to result incorrectly exposed photo but this time it would be over-exposed.

The question that comes up is why can’t you just take a look at the LCD screen and see if the photo is exposed properly. Well, that is possible sometimes but why risking it when you can just use a tool that is precise.

The problem with trusting your LCD display is that it can be deceiving sometimes. If you set it up to maximum brightness your photo might seem like it’s overly exposed even though it really isn’t. Other than that, in some lighting conditions, like in sunlight, the screen can look washed out due to the bright sun. But the most important reason why you should not trust only your LCD is that even in the case of a large LCD on a camera, they are actually too small to correctly estimate the exposure and the color of a photo.

So now that you know all of these factors why risking when you can simply trust your histogram and be certain of the photo’s exposure. It is very helpful especially when you just can’t tell if the photo turned out right and it really saves you the trouble.

Now, to fully understand the function that histogram has, just a little reminder about exposure.

A light meter measures the light in a scene and it chooses the exposure that renders a standard 18 percent gray reference card as a mid-tone gray. Since there are many possible exposures that can be used to capture a scene, it represents some kind of a compromise.

The histogram of an image gives you a chance to evaluate what the camera did in no time and lets you decide if you need to make any changes before trying again.

For normal daylight scenes like the one above you expect histogram with an even distribution of tones from black to white.

The histogram is very simple to read- it is mapped out by the brightness on a grayscale with white on the right, black on the left and all the shades of gray in between.  There are 256 various values of brightness where 0 represents pure black and 255 represents pure white. All of these values are mapped out in a histogram with each pixel of the image assigned to a siren value.

It is important to know how to read the histogram and to do so you will need to learn what it looks like. Basically, it reminds you of a mountain peak or a range of them. The areas of the photos that have the biggest number of pixels for that color level will have the tallest peak. It’s pretty simple.

Also, notice in the underexposed histogram the large spike at the leftmost side of the histogram.  This represents saturation of black pixels, a typical indication of an underexposure.

In the overexposed histogram, notice the spike in pixels at the rightmost edge, as well as the lack of pixels at the black side of the scale.  This typically indicates that the scene is overexposed with many saturated white pixels.

Even though these are some kind of rules, you should be aware that perfect histogram doesn’t exist. Using histogram doesn’t mean that all of your photos will always be perfectly exposed, it’s not magical that way. The ideal curve for making a photo doesn’t really exist. The one histogram that is right for one scene or one picture isn’t necessarily the right one for the other picture or another scene. 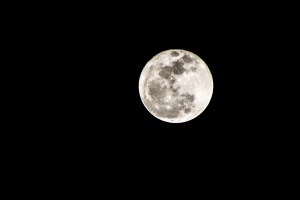 Histograms change, they depend on the lighting conditions and the type of photo you are looking to make. Sometimes the best histogram for an image is mostly in the dark or the light side of the histogram and the exposure is still great for the image that you are trying to capture. For example, if you take a photo of the moon at night, almost all of your pixels would be on the left side of the histogram while your image would still be properly exposed.

In the histogram of the Full Moon Scene, notice the large concentration of pixels at the left side of the histogram, representing, in this case, the black sky.

It’s important to remember that a histogram is just a tool that gives you some information on the range of tones of a certain image. When you get that information is totally up to you what you do with it – if you make exposure adjustments and shoot again or just keep your image the way it already is – you decide.
.

But it’s important to remember that the histogram is usually accurate in showing you the proper amount of exposure of your photo as well as the details in the shadows or highlight areas of it.

Hopefully, this was very helpful for you. Just remember the basics of histogram use and have fun.