Kirk Simpson, co-founder and CEO of Wave, consistently pushes the boundaries of digital media. Long before YouTube, he launched a startup called AdventureLifestyle.com, which focused on live web-streaming of adventure races. The project was ahead of its time as the market wasn't ready to support this venture, so Kirk altered his path and became deeply involved in the evolution and transition from print to online at several major Canadian print media companies. His second startup was Outdoorsica.com, a community of outdoor adventure enthusiasts with a user-generated knowledge base. After learning some great lessons about the dedication necessary to achieve success, Kirk eventually sold Outdoorsica to an outdoor adventure magazine. Kirk has three children, one who was born during Wave's earliest days. 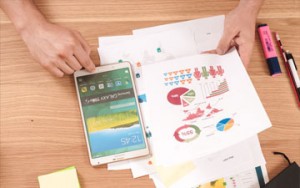 You want to spend as much time as possible focusing on your passion, but instead too often you’re tripped up by the accounting details.